Where: Via Di San Luca 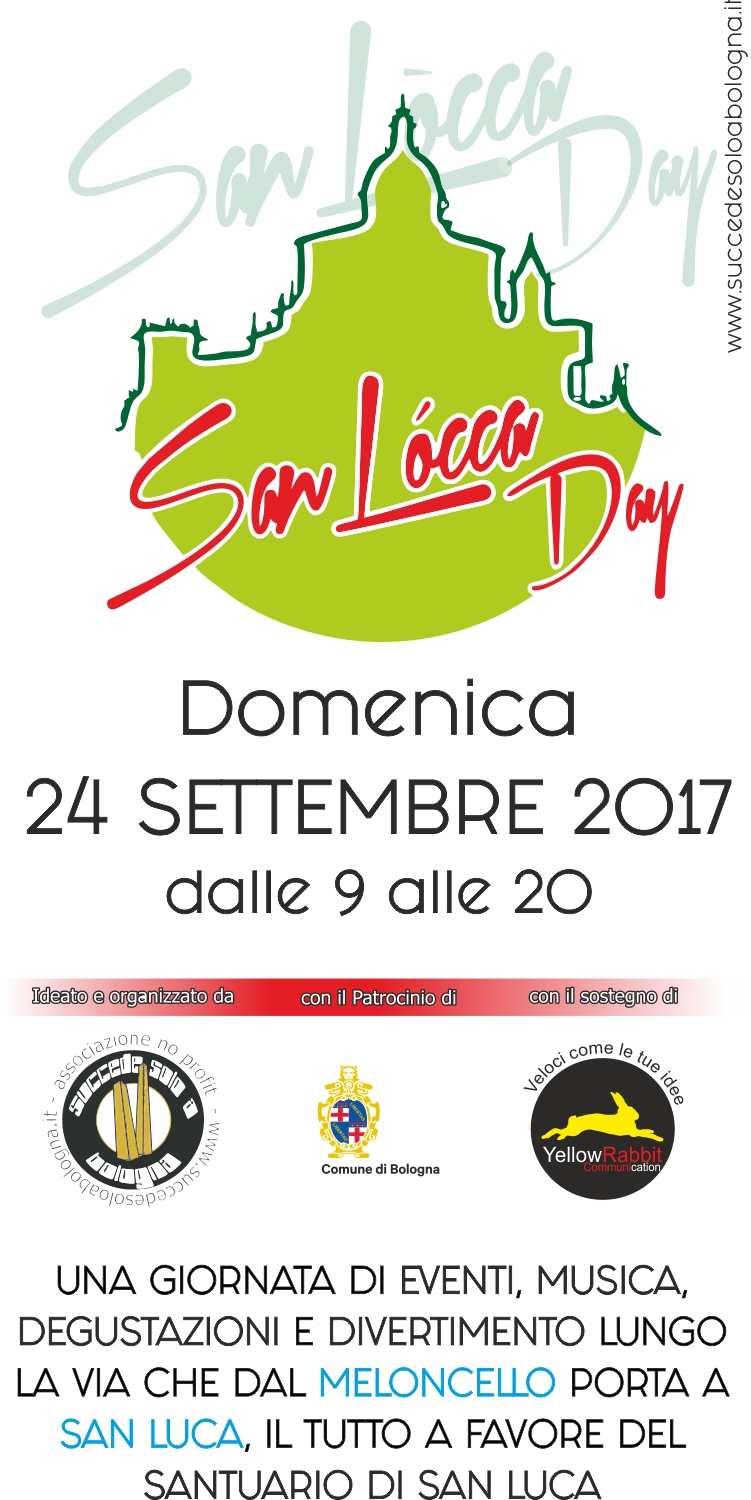 Despite the bad weather

On Sunday 24th of September, since 9 am, a great amount of people joined the 2017 edition of the San Lòcca Day, organised by the association Succede solo a Bologna for the fourth year in a row, with the sponsorship of Bologna’s city Council.

After the ribbon-cutting made by the dean of San Luca’s sanctuary Mons. Arturo Testi, head of Saragozza neighborhood Sara Jovine and the President of the association Succede solo a Bologna Fabio Mauri. The crowd flooded the path from Melonscello’s arch to the Basilica, animated by Roaring Emily Jazz Band’s music.

Despite the bad weather, which got rainy at 12,30 and 15, more than 35000 people animated the San Locca Day, with more than 200 stands, especially set up for this event.

The 3T automotive booth raised quite a lot of Interest: a Mercedes Smart car was decorated by the students of Bologna’s high school “Arcangeli”, according to the project selected in the competition for the occasion (see photo attached Smart project no. e link http://www.carr-mercedes.it/crea-la-tua-smart-isart/).

Come back to EVENTS